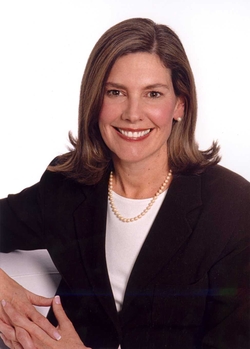 She's the Queen of All Media - and she's seriously into digital.

Laura Klauberg, Unilever's powerful senior vice president of global media, has long been a major driver in many of the company's most successful digital initiatives, from "In The Motherhood" for Suave, to "The Axe Effect" for Axe Deodorant.

But it is perhaps the Cannes Lions Grand Prix-winning "Campaign for Real Beauty" for Dove that has most famously distinguished Unilever in the digital space.

It is, after all, a most unexpected campaign that seamlessly pushes Dove products like Intensive Firming Cream and Exfoliating Body Wash while encouraging women to define their own beauty and reject big media's ever-narrower definition of attractiveness through such efforts as the famous "Evolution" and "Onslaught" viral videos.

Klauberg is the first woman, and first American, to head media for Unilever's global marketing operations, where she personally controls the world's second largest media budget - a full $4.7 billion a year. Which means her opinion matters - a lot.

It was Klauberg, after all, who recently sparked heartburn throughout the U.S. television industry when she appeared to question the so-called "upfront" season – when media buyers make commitments to secure advertising time in the following fall's TV schedule - arguing that a rapidly changing media market demands more nimble maneuvering.

In excerpts from a source interview for the new book, THE ON-DEMAND BRAND, Klauberg argues that digital media is fundamentally transforming the way both brands and consumers use media. Simply "going digital" means very little. To truly capitalize on the power of on-demand experiences requires what she calls a "big brand idea" driven by consumer insight.

THE KLAUBERG MANIFESTO PART 1: THE POWER OF 'THE BIG BRAND IDEA'

“Through persuasive arguments and Q&A's with the major players in advertising, Mathieson makes an excellent case for greater creativity and outside-the-box thinking backed up with solid ideas."