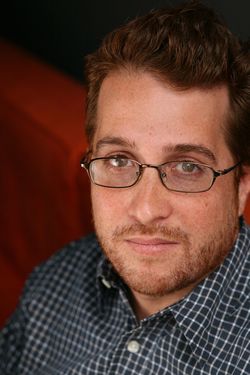 As former MTV COO Michael J. Wolf once put it to me so well, "There is no business without show business."

It's a dictum, of course, that has always been true for all forms of advertising, which live at the intersection of art and commerce, that mythical crossroad at Madison & Vine. Advertisers have long sought to capitalize on, and hope to embed themselves within, popular culture - using celebrity pitch people, memorable jingles, and indelible images tied to what's hip, hot and happening.

In the age of the DVR, that mandate is taking on new importance, as marketers work to engage consumers who fast-forward through commercial breaks.

"'Branded content' is an extension of a brand, speaking a language that its consumers know and love, and actively seek out in a non-passive way," Steven Amato, co-founder of Los Angeles-based advertising-and-content studio Omelet, tells me in the new book, THE ON-DEMAND BRAND.

Amato should know. Omelet has been a major player in branded entertainment for the better part of a decade, helping craft captivating experiences for Samsung, NBC, USA networks and numerous gaming companies.

I recently caught up with Amato to get his view on the state of branded entertainment in 2011 - and some exciting new projects Omelet's serving up for clients these days, including a mobile "micro-series" for Fox and Post Cereal, and a feature film project from Harley Davidson.

“Through persuasive arguments and Q&A's with the major players in advertising, Mathieson makes an excellent case for greater creativity and outside-the-box thinking backed up with solid ideas."