🎬 A blockbuster leak appears to reveal major plot points for "Wonder Woman 1984," the follow up to Patty Jenkins' 2018 box office sensation, "Wonder Woman." In this Rick and Quick capsule, the Ricks talk through the leaks and how they tie to the scenes featured in the official "WW84" trailer released back in December. The leaks seem more than viable. If they're not spot on, chances are they're pretty close. DO NOT listen to this episode if you want to avoid spoilers for "Wonder Woman 1984," set for release June 5.

Brought to you by Taskin, the first name in ultra-stylish, premium-quality travel gear for 🛩-setters everywhere—shop now at taskinsf.com

DO NOT LISTEN if you want to avoid spoilers to what's sure to be one of this year's biggest blockbusters.

Approx. 5 minutes, 20 seconds. For US audiences. Review cookie and privacy policies for iTunes, Spotify, Soundcloud and all other streaming services. 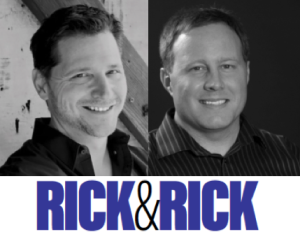